When I was growing up we had a holiday house. I used to notice the sea changing things, and the way the wind would make a tree erode a certain bit of the cliff...
—Cameron Robbins

Australian artist Cameron Robbins harnesses the randomness of natural forces. For many years he has made drawings using machines (he calls them ‘instruments’) that transcribe the patterns of the wind. Field Lines samples the span of Robbins’ drawing practice, alongside sound and video work, photography, installation and sculpture that interpret other natural phenomena. At the heart of the exhibition are seven new commissions, many of which respond to the physical world of Mona.

David Walsh once said rising ocean levels would claim his museum in the none-too-distant future. Gathering half a tonne of water from the River Derwent beneath the gallery floor, powerful hydraulics drive a pen to trace the tidal rise and fall. Inside, a wind funnel animates the ‘instruments’ on display, while a device that harnesses solar and mains power depicts the twin forces of creation and destruction, using the simple opposition of an eraser against a pencil’s mark. Robbins’ responses to a site of geophysical anomaly in country Victoria are included, in one case using neon light to map its geomagnetic dynamics.

So I guess nowadays I'm trying to connect to landscape, and to the greater dynamic of the whole climate system; how patterns move through a particular location. For me, that's the most direct way to access the greater energies and forces around us.
—Cameron Robbins

Sixteen huge drawings, transcribing twelve months of wind currents in the site around Mona, sit alongside wind drawings made the world over. What do they amount to, these endlessly cycling forms? To even ask such questions is quintessentially human—and absurd, in the face of nature's endless, mindless drive towards nothing but change. 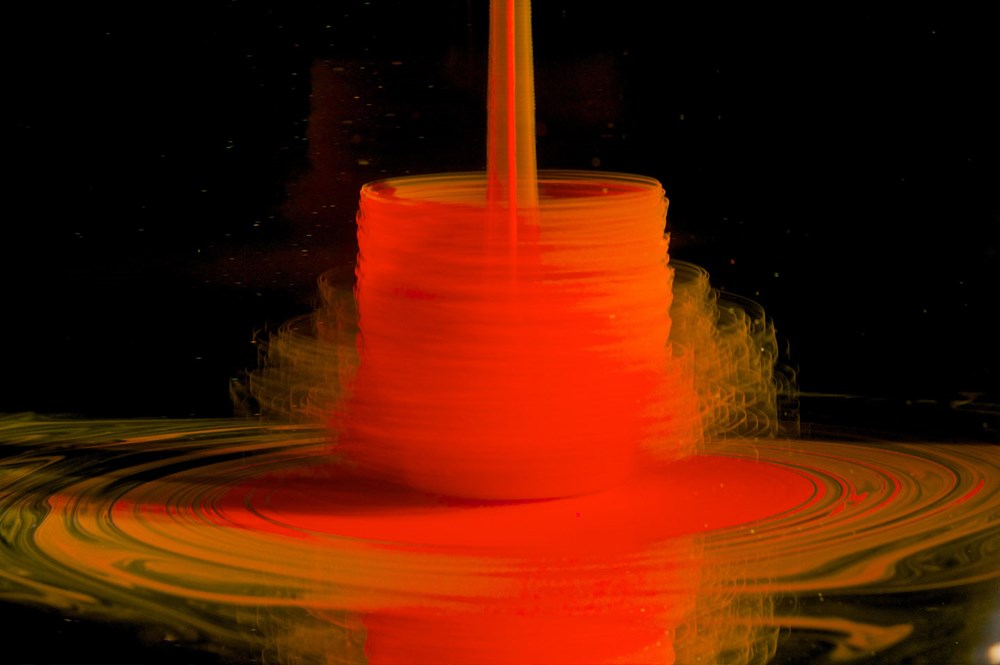 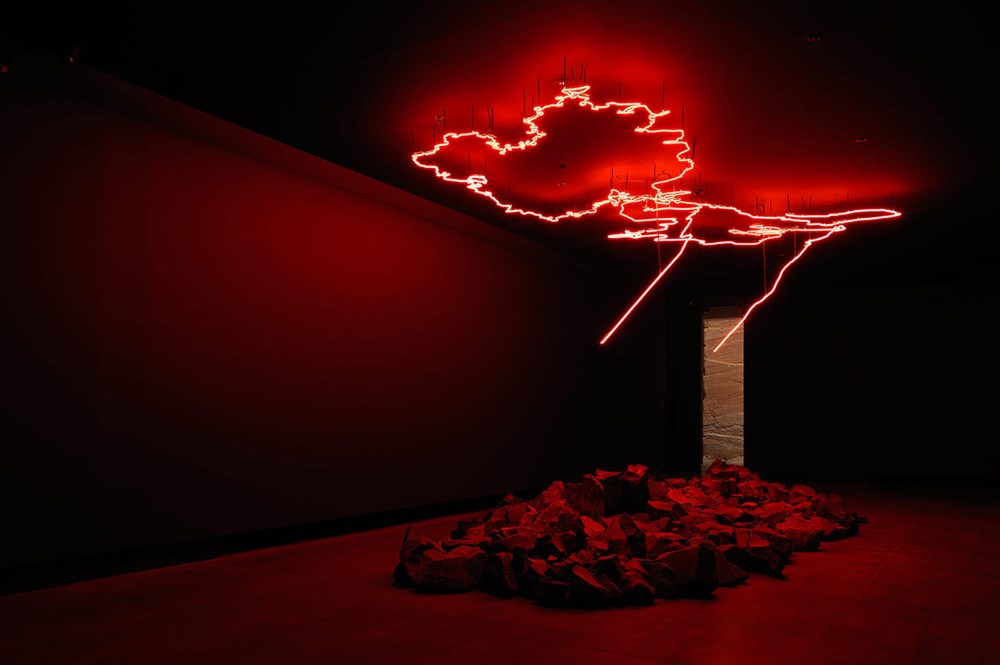 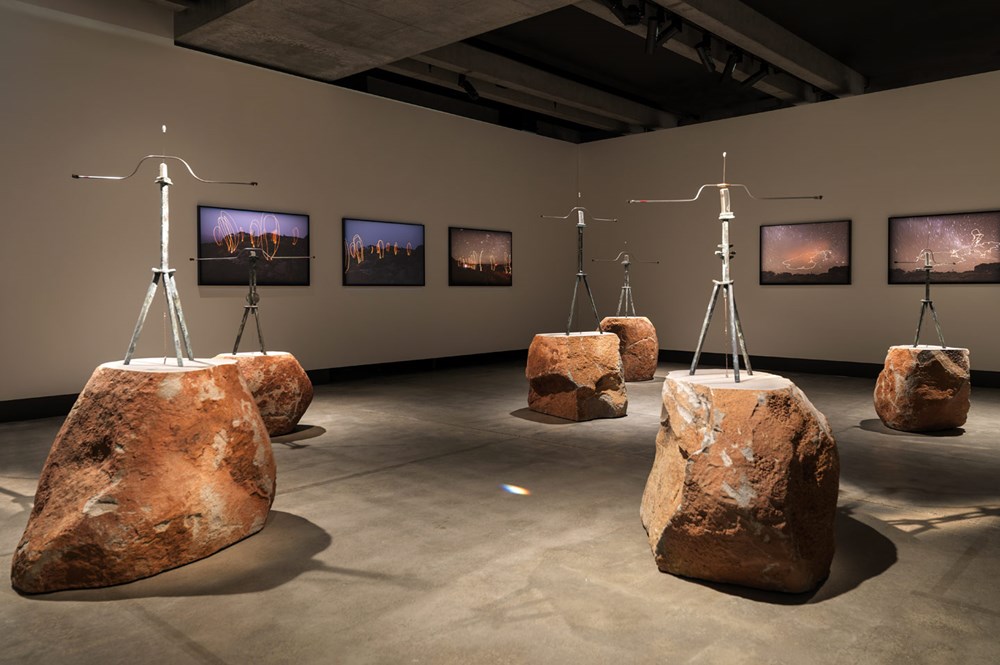 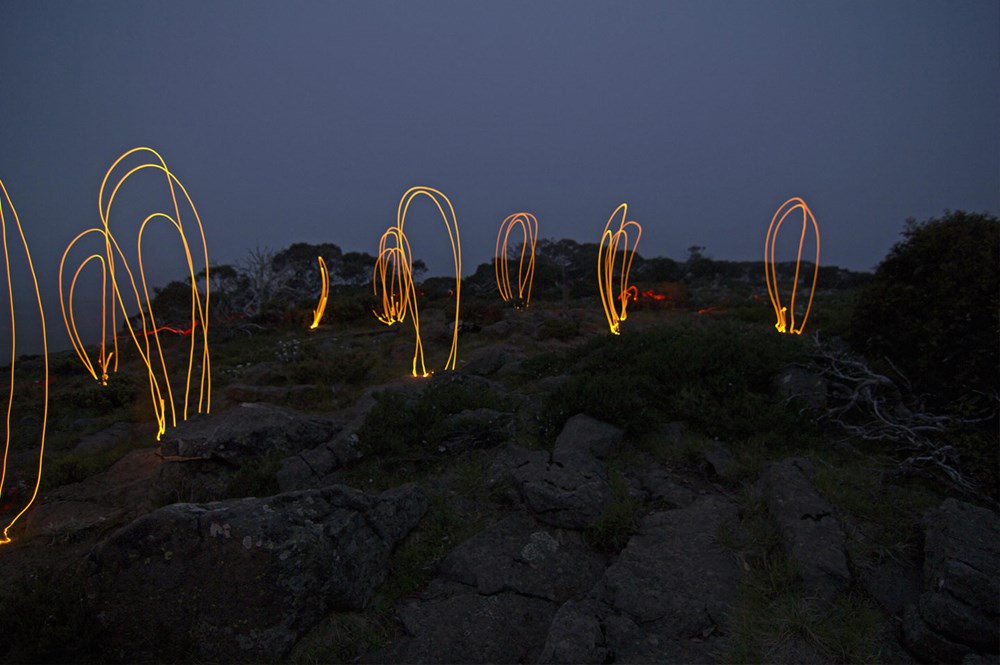 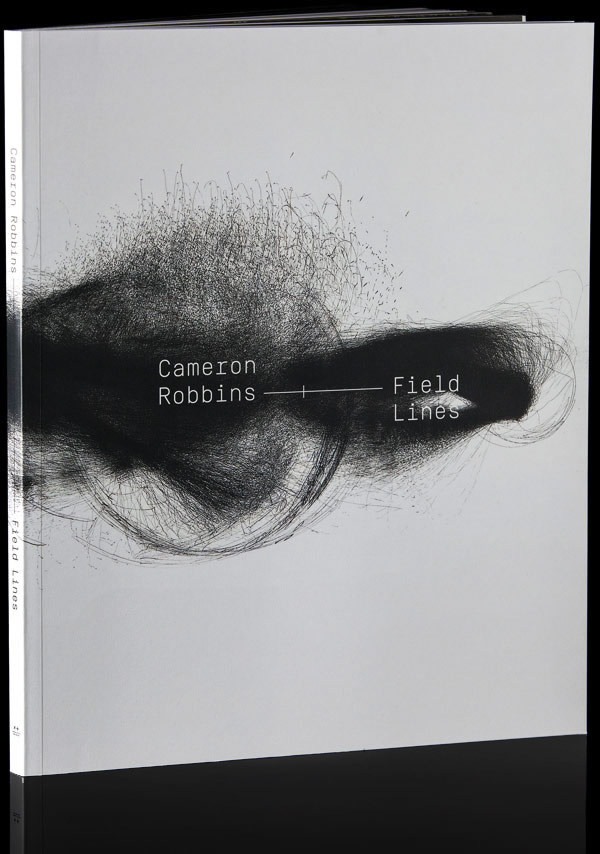